A simple, five-question tool has been developed to help front-line doctors identify those patients with back pain who are at risk of severe and long-term functional limitations and, therefore, potentially in need of more aggressive treatment and follow-up.

Five simple questions could help doctors determine early on which patients with back pain need extra attention and which do not. This was the finding of a study led by Dr. Clermont Dionne, director of the Population Health Research Unit (URESP) within the Centre de recherche FRSQ at the Centre hospitalier affilié universitaire de Québec. His study team included Institute for Work & Health (IWH) Senior Scientist Claire Bombardier and Adjunct Scientist Dr. Renee- Louise Franche.

The finding was based on a study of 1,262 people who showed up with back pain at the emergency department of a Quebec City hospital between September 2002 and April 2004. Upon intake, the study participants filled out a questionnaire that asked about issues related to their mental and physical health. The questionnaire included 17 questions from a tool known as “the Cassandra rule,” which has been shown in other studies to accurately predict functional outcomes among patients with back pain.

The emergency department doctors who then saw these patients were asked to make their own predictions about the long-term, backrelated functional limitations of these study participants. The participants were followed for two years to determine how well their backs were functioning.

The research team found that five of the 17 Cassandra questions performed just as well as all 17 in predicting outcomes. It also found that these five questions predicted outcomes more accurately than the
physicians did.

In the end, the team developed a simpleto- use, five-item tool (see below) that can help front-line doctors classify patients early on and add to their own judgment about outcomes. Most important, it can be used to determine which patients may need more aggressive treatment and closer follow-up to prevent long-term, back-related
functional limitations and which ones would benefit from more conservative (or minimal) treatment.

In the past month, how much were you distressed by:

Predicting outcomes: The cut-off point for this tool is 0.80. That is, patients who score <0.80 are at low risk of long-term and severe functional limitations, while those who score ≥0.80 are at high risk. To calculate where patients stand relative to this cut-off, add up the totals for the questions answered. One missing/DK (don’t know) answer is allowed. Then divide this total by the number of items answered. So, for example, let’s say someone answers all five questions, replying “Extremely” to four of the questions and “Moderately” to one. The total [(4x4)+(1x2)=18] divided by the number of items answered (5) results in a score of 3.6, indicating high risk. Let’s say someone doesn’t know the answer to one question, answers “Not at all” to two questions and “A little bit” to the other two. The total [(2x0)+(2x1)=2) divided by the number of questions answered (4) results in a score of 0.50, indicating low risk. 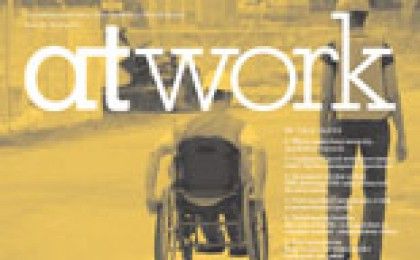