A recent study from the Institute for Work & Health shows that, in Ontario, the youth injury rate is declining more steeply than, and converging with, the adult rate. This shows these injury rates are not static and can be potentially improved through prevention strategies.

Fewer youths in Ontario are getting hurt on the job, according to new research at the Institute for Work & Health (IWH) that examined the decline in lost-time claim rates across age groups in the province between 1991 and 2007. This is contrary to one of the most consistent findings in occupational health and safety research in the last two decades: that younger workers have more work injuries compared to adults.

This is a good news story beyond the obvious that fewer young people are getting hurt, says IWH Scientist Dr. Curtis Breslin, who led the research. It means that elevated work injury risk among young workers is not static and can, in fact, come down to mirror that of adults. Breslin’s study was published online in March by Occupational & Environmental Medicine (DOI: 10.1136/oem.2010.062562).

Trend among the first for North America

In the study, Breslin and his team merged approximately 1.2 million lost-time claims reported to Ontario’s Workplace Safety and Insurance Board (WSIB) from 1991 to 2007 with labour force data to compute lost-time claim rates by age group. They found that young Ontario workers (ages 15 to 24) showed a much steeper decline in lost-time claim rates from 1999 to 2007, compared to older adults.

Specifically, 15- to 24-year-old males showed minimal declines prior to 1999, and steeper declines in the 1999 to 2007 period, while the reverse was true for older males. A similar, but less marked, pattern was found among younger and older women over the same time period. The study is one of the first to show a convergence in youth and adult workers’ compensation claim rates in a North American jurisdiction.

In order to help explain these changing trends, the study also examined claim rates by industry and job tenure—two factors known to affect the risk of work injury. Interestingly, they did not appear to explain the converging youth and adult rates.

These results leave open the possibility that youth-specific interventions begun in Ontario in 1999-2000 contributed to the steeper decline in rates among young workers, says Breslin. However, Breslin notes that the findings don’t provide direct evidence that current prevention strategies are working; other labour force factors could be at play.

More than anything, this research tells us that there’s something different, or more malleable, about youth workplace injuries compared to other injury settings, Breslin says. Now we just have to figure out why so that we can target interventions and resources to ensure the continued safety of young workers.

For more information, see the research summary at: www.iwh.on.ca/highlights/youth-work-injury-rate-declining. 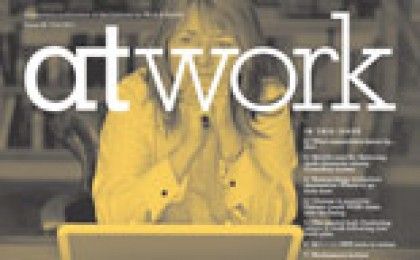