Workplace health promotion programs are a strategy adopted by employers to address presenteeism and on-the-job performance. But are these programs effective? A recent review of the evidence suggests some are, and points to program components that help to make them successful.

Fixing the problem of presenteeism—that is, being present at work but limited in job performance by a health problem—is a goal of workplace health promotion (WHP) programs. It turns out some of these programs do reduce presenteeism, according to a study out of Ontario’s Lakehead University, which included an Institute for Work & Health (IWH) researcher on the study team.

Findings from the study were published in May 2011 in BMC Public Health (vol. 11, article no. 395; DOI: 10.1186/1471-2458-11-395), an open-access journal from BioMed Central. The most important issue for organizations to address is not whether these programs should be implemented, but rather how they should be implemented, designed and evaluated for optimal results, says IWH Associate Scientist Dr. Carlo Ammendolia, co-author of the study.

Presenteeism on the rise

Presenteeism emerged as a business issue in the 1990s. It refers to the impact of an employee’s physical and emotional health on decreases in on-the-job performance. The potential productivity losses include time not spent on job tasks and decreased quality of work.

Although often hidden, the costs related to presenteeism are estimated to be higher than those related to absenteeism. And they are being driven up by an increasing number of people with chronic health conditions and an aging workforce.

Little is known about the effectiveness of workplace health promotion programs on presenteeism. This review of the research set out to fill this gap. Are these programs effective in reducing presenteeism among employees? If so, what makes them successful?

What works to reduce presenteeism

After screening over 2,000 articles, 47 articles were found to be relevant to the review’s questions, and 14 were accepted as scientifically sound with respect to their validity and reliability. In the end, the review found 10 WHP interventions that had a positive effect on reducing presenteeism. They ranged from worksite exercise and telephone support programs to lighting changes and extra rest breaks.

Looking at these 10 interventions, the review identified a number of program components that potentially helped to make them effective in reducing presenteeism. It found preliminary evidence to support the use of one or more of the following in WHP programs: 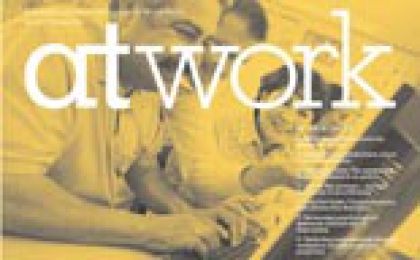