Men recently immigrated to Canada who have higher educational qualifications than are required for their current Canadian job have  an increased risk of workplace injury, suggests new research that raises key questions about why this is happening and what can be done to address it.

Men recently immigrated to Canada who have higher educational qualifications than are required for their current job are more than three times as likely to report a work-related injury as immigrant men who have been in the country for over five years and are not over-educated for their jobs.

This is one of the key findings of new research from McMaster’s School of Labour Studies and the Institute for Work & Health (IWH) that looked at the relationship between education-to-job mismatch and work injury. The finding emphasizes concerns about integrating new Canadians into the nation’s labour market.

Our findings indicate that the risk of work-related injuries among recent male immigrants is associated with whether they are working in jobs that match their education levels, says Dr. Stephanie Premji from McMaster University, who conducted the study with IWH Scientist Dr. Peter Smith.

Published online in July by Injury Prevention (doi:10.1136/injuryprev-2011-040314), the research is the first to examine the relationship between work injury and education-to-job mismatch—that is, when a worker’s level of education does not correspond to job requirements. Although earlier studies have shown that education-to-job mismatch has a negative impact on workers’ health, this is the first time the link between over-qualification in employment and work injury specifically has been examined, says Premji, the lead author.

Using information from the 2003 and 2005 Canadian Community Health Surveys conducted by Statistics Canada, the study looked at work injuries, education levels and job skill requirements among almost 63,500 people over the age of 25 who were employed in the previous year. Approximately 15 per cent of the sample of employed respondents were immigrants. The study also looked at other factors previously linked to increased work injuries, such as age and the physical demands of the job.

By linking information on workers’ level of education with their job skill requirements (according to the National Occupational Classification system), the researchers classified respondents into one of three groups: having an educational level below, congruent with or above occupational skill requirements.

The researchers found that educational over-qualification was associated with a greater risk of work injury among all workers of both sexes, even when age, hours of work, immigrant status, education, job demands and other factors were taken into account.

When researchers delved deeper and looked at the combination of over-qualification and immigrant status, they found that men who had been in Canada for five years or less were at three times the risk of work injury than non-recent immigrants who were not over-qualified for their occupation. The combination of the two factors—recent immigration and over-education—led to a much higher risk of injury for men, says Smith.

Why does the situation get worse when immigration and over-qualification coexist? The study cannot directly address these questions, but several factors could be contributing, the researchers speculate.

For recent immigrants, language barriers, possible discrimination and lack of familiarity with job safety or the host country in general may get in the way of their being able to understand or voice health and safety concerns. As well, recent immigrants are often financially strapped due to the costs of resettlement and the common practice of sending money to their home country. This may encourage them to accept overtime, take classes after work to improve job opportunities or undertake other activities that increase their exposure to job risk or reduce time for recuperation.

The elevated risk of work injury may also limit job mobility. It’s a vicious cycle once a worker is injured, says Premji. Due to the physical and psychological impact of the injury, the worker gets stuck in the job. He or she can’t take courses, look for work or interview for jobs.

This research builds on a body of studies and tools from IWH scientists addressing workplace health and safety among newcomers (see www.iwh.on.ca/immigrant-workers-experiences). This includes Prevention is the Best Medicine, a toolkit to teach newcomers to Ontario about their occupational health and safety and workers’ compensation rights and responsibilities: www.iwh.on.ca/pbm. 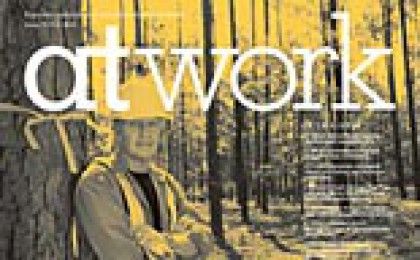