Rheumatoid arthritis is a very painful and tiring condition and, not long ago, being diagnosed with it usually meant having to leave the workforce.

But improvements in treatment mean more people can now remain at work in spite of their rheumatoid arthritis. Though their productivity levels at work may lag, especially during flare-ups, it’s common today to see people with this condition cycle through phases of missing work, struggling through work, and being fully functional and symptom-free.

For researchers and clinicians, this change in arthritis management has led to a need for new tools to measure the condition’s impact on patients’ working lives. When studying the effectiveness of a drug or a treatment program, it’s no longer enough to measure the extent to which people take days off or leave the workforce. Loss of productivity at work must also be taken into account.

Earlier this year, a team of international researchers led by Institute for Work & Health (IWH) Senior Scientist Dr. Dorcas Beaton unveiled a set of measures for productivity-at-work outcomes that have met international standards (see sidebar). These five measures, which have been put through a rigorous validation process, were presented in May in Budapest at a consensus conference of Outcome Measures in Rheumatology (OMERACT). Also involved in the project from IWH are Senior Scientists Dr. Monique Gignac and Dr. Claire Bombardier, as well as doctoral student Ken Tang.

Productivity measurements for workers with arthritis

Below are some of the questions endorsed at OMERACT for assessing the impact of arthritis on worker productivity:

Work is an important role for adults for many reasons, and it is just as important in the lives of persons with arthritis, says Beaton. These measures of worker productivity will allow more attention to be paid to patients’ ability to get back to work.

Getting the thumbs up for these tools at the OMERACT meeting was a significant milestone for the research team. Formed in 1992, OMERACT is a global network striving to establish uniform standards for measuring outcomes for arthritis and other diseases of the joints, muscles and bones. At the time, scientists doing clinical trials around the world were using very different scales and measures for assessing health outcomes. As a result, it was difficult to pull out clear messages from the findings.

OMERACT scientists use a rigorous and time-consuming process for developing and adopting outcome measures. It’s a process driven by data, built on consensus and heavily informed by stakeholders. Developing measures that pass muster at OMERACT typically takes many years. To get approval at OMERACT, researchers have to get buy-in from a vast range of stakeholders, from researchers, clinicians and pharmaceutical companies to regulators and patients.

The need for measures on worker productivity emerged about eight years ago, voiced in part by the patients and consumer groups involved in arthritis research. At the time, more than 20 measures of worker productivity were being used. However, many were measuring different things or had not been tested for people with arthritis.

In defining worker productivity, the research group combined two perspectives. One is the level of work output, often described in hours and dollars. The second is the ease with which a person does his or her job. We presented separate measures for these different ways of thinking about productivity because we wanted to capture the quality of work life from the patients’ perspectives—as well as a cost and productivity orientation, says Beaton. Both are important.

However, a worker’s productivity has to be understood in context. How much control do patients have over their schedules or worksites? Are their workloads heavy or light? Can a co-worker help now and then? These core contextual factors could affect the scores obtained on the measures, and the work to incorporate them is ongoing.

The road to creating and presenting an evidence-based set of productivity measures has been a long but important one, says Beaton: Individual workers and their clinicians need to know how much impact the condition has on their ability to work and whether accommodations or treatments are helping. Likewise, workplaces benefit from knowing whether an intervention such as changing a workstation brings up a worker’s productivity.

OMERACT was an excellent place to engage people in our work, she adds. Researchers can now select from a set of tools and include work outcomes in their musculoskeletal research. 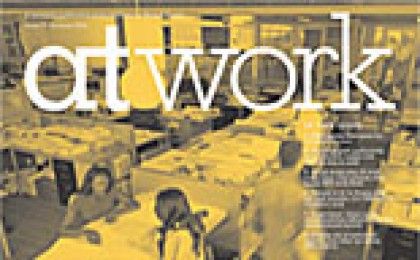